*Editor’s Note: This article was originally published in May 2015.

According to Kindle author Amanda Hocking

Hocking ought to know – she’s the most recent in just a few authors who found themselves selling more than $1m in ebooks via Amazon.com’s Kindle Direct Publishing (KDP).

This is the second in a series I’m working on to study Hocking’s success – you can read the first one right here – it offers a brief rundown of her story if you’re not familiar with it.

As we continue the study, we’re looking today at what Hocking learned from years of getting rejected by editors and agents.

Hocking writes that early in her career, she found herself submitting novel after novel to traditional publishers and receiving rejection after rejection. She spent her working hours in a restaurant, waiting tables, and her writing hours wherever she could. But she wrote like it was a second job.

HOLD UP – let me say that again.

Secret of Success #1: TAKE THE WRITING AND MARKETING SERIOUSLY

Even when she worked a full-time “real job” as a waitress, Hocking took her work seriously, and she treated her writing and book marketing stuff like it was her second job.

Sure, she got rejected. Over and over again. She re-wrote, re-edited, and re-revised – and often, resubmitted. And then, again, rejection.

But she never gave up. HEAR ME?

Secret of Success #2: NEVER GIVE UP ON YOUR WRITING IF YOU WANT TO MAKE A CAREER OF IT!

Even though they always rejected her, the editors and agents didn’t always send her JUST a form letter.

Often, it’d have a personal note scrawled at the bottom with a tip or two for her about how to improve the storyline or a character.

In my experience, a personal bit of advice inside a rejection from an editor is  a good sign that you’ve got something worth reading, or at least that they see potential in you as a writer.

Secret of Success #3: TAKE CRITICISM AS AN OPPORTUNITY

Sometimes Hocking even received personal advice from the editors who rejected her submissions.

Though the initial feeling of being criticized likely stung a bit, Hocking says she quickly figured out that there was something to it.

That’s when she started digging into her manuscripts and killing her darlings, as it were.

Next time in the Amanda Hocking Case Study, I’ll share some of the best advice Hocking says she received from the editors who rejected her work early in her career. 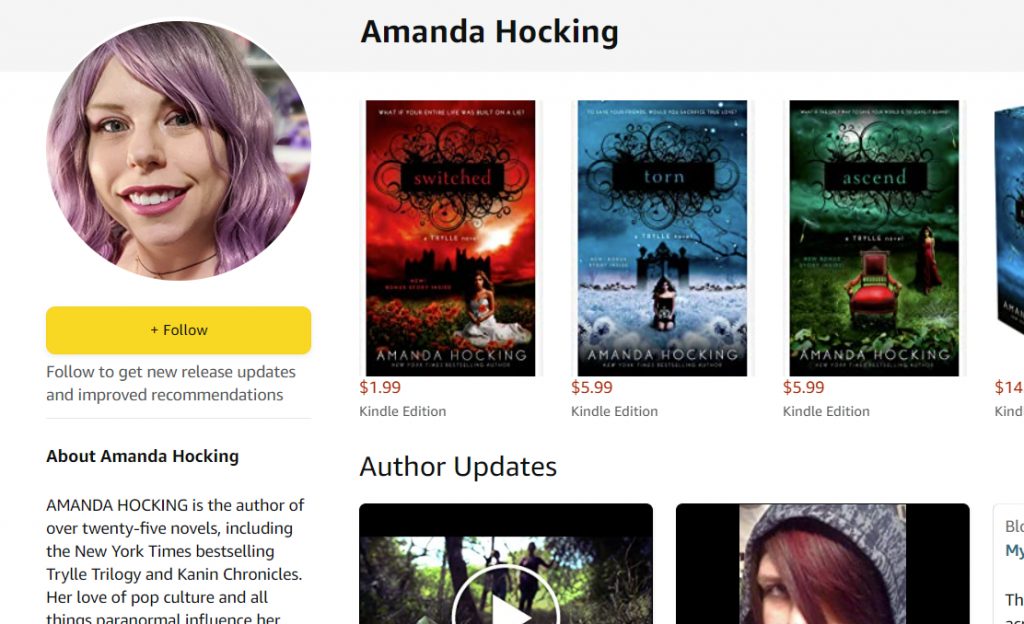 Learn why and how Angie Atkinson decided to launch Creator Confidential.